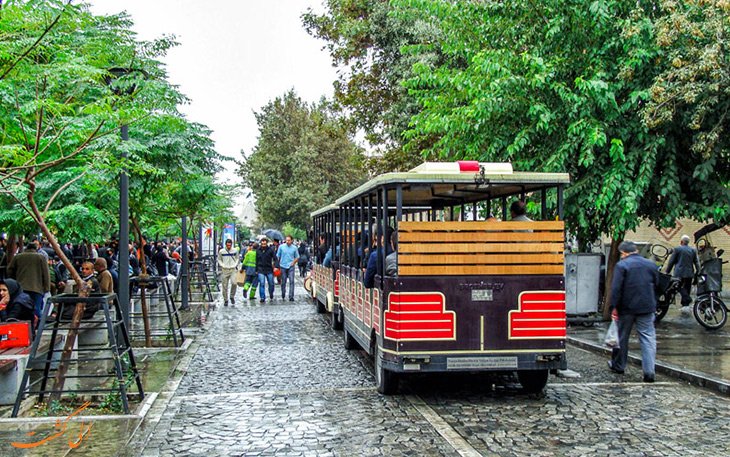 Decreasing mortality rates and an influx of migrants for more than 200 years, transformed Tehran from a 7.5 square kilometer city of 15,000 inhabitants into a mega-city of ten million sprawling over 600 square kilometers. Spreading subsumed flat lands to more than seventy villages on its adjacent mountain slopes, today’s Tehran varies 800 meters in elevation from south to north. Visiting Tehran is the best start of Iran’s trip since the city’s topographical variation is paralleled by the marked differences in class and lifestyle of its inhabitants and religions. Tehran’s population is the representative of most of Iran’s urban and pastoral nomadic areas. In the 20th and 21st centuries, Tehran has been the subject of mass migration of people from all around Iran.

Tehran is the home of many historic mosques, churches, synagogues and Zoroastrian fire temples which make visiting Tehran interesting. However, modern structures, notably Azadi (Liberty) Tower and the Milad Tower, have come to symbolize the city. Tehran is the 29th city in the world by the population of its metropolitan area. Throughout Iran’s history, the capital has been moved many times. Tehran is the 32nd national capital of Iran although it has been Iran’s capital for more than 240 years now. Despite, a variety of unofficial languages in Tehran, roughly %99 of the population understand and speak Farsi (Persian).

The majority of people in Tehran identify themselves as Persians. In Pre-Islamic and early Islamic era, Tehran was an unimportant village, and part of the area of present-day Tehran was occupied by Rey (which in the Avesta occurs in the form of Rhagae), now a part of Tehran, which took over its role after the destruction of Rey by the Mongols in the early 13th century.

Tehran has 22 municipal districts, with separate administrative centers. The old city fabric changed dramatically during the Pahlavi era. Some of the older remaining (Qajar era) districts of Tehran are Oud-lajan, Sangelaj, Bazaar, Chaleh Meydoon, Dowlat, Pamenar. Chaleh Meydoon is the oldest neighborhood of the aforementioned. Some of these old neighborhoods are part of Visiting Tehran Tour of Hi Tehran Hostels. Districts during the Pahlavi era are Sepah, Toopkhane, Lale Zaar (the architecture of this street was European style) & Istanbul str. Other old districts are Doushan-Tappeh, Doulab, Sabzeh-Meydoon, Zarrab-khaneh, and Galou-Bandak.