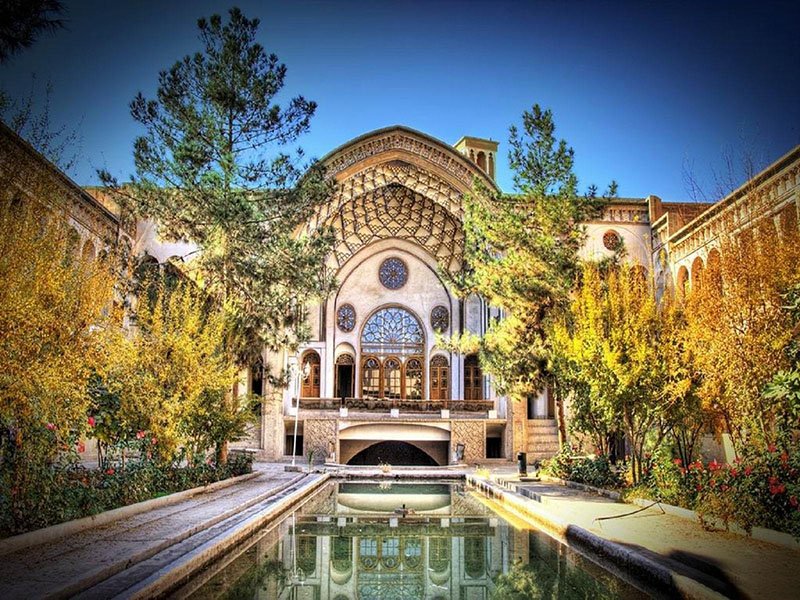 If you have enough time and have come from a long distance, it would be a lost not to visit Kashan and explore its old houses. Make sure you spend at least half a day to explore Kashan historical houses. There are even some of them converted to hotels(beautiful but costly), where you can stay in and feel how it has been to live in one of these residential buildings.

One of the earliest settlements of the ancient people in Iranian plateau has been in  Kashan, Isfahan province. Discovering Sialk Historical Mound in the region is the proof of this theory. Most of the historical houses of Kashan are from 18th and 19th century which recently have been restored for the visitors.

During the 18th and 19th century the prosperous merchants of Kashan were after building bigger and more luxurious houses to quench their wishes and  suit their culture. Therefore, local architects’ knowledge and efficiency helped the accumulated wealth to create masterpieces which we call Kashan historical houses today.

There common features in these houses are the use of the most easily accessible  materials : bricks for construction of the main structure, mud and straw for insulation and facade, gypsum for decoration facade and interior, mirrors for making inner spaces (particularly ceilings) more beautiful, thick wooden doors for protection

Like most of other houses from that era, the inner spaces had been devised and utilized for specific purposes. At the entrances of, it’s not possible to immediately see the inner part of the house. First, there’s a vestibule usually in octagonal plan leading you to two major parts of the houses through two different doors: 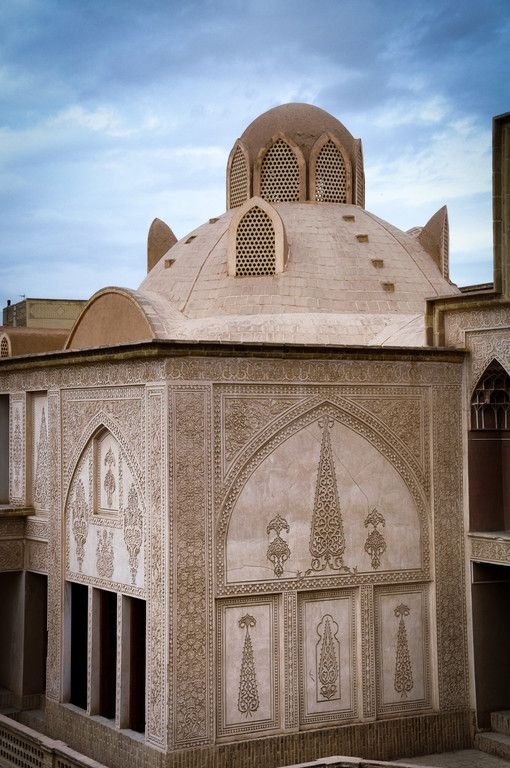 Another characteristics of Kashan historic houses is that none of  them had windows looking outside. All of the windows looked inside the building and some at the courtyards for more security and privacy.

Most Famous Historical Houses at Kashan

There are several old residential buildings left from 19th and 20th centuries in Kashan. The most famous ones are:

The owner of this house was a merchant bringing items from Borujerd, Lorestan province, Iran. There are some remarkable paintings done under the supervision of Kamal-ol-Molk, the famous artist of Qajar government in 19th century.

This house has got its name from a merchant from Natanz who had initially started the construction of this residential building. The architect of this building later built Borujerdi-ha House.

Built in late 18th century, this house has been constructed in five separate courtyards that are interconnected.  Later they were completely separated while 5 different families lived there.

This house has got 7 courtyards and more than 80 rooms in it. The tallest wind catcher of all the historical houses of Kashan.